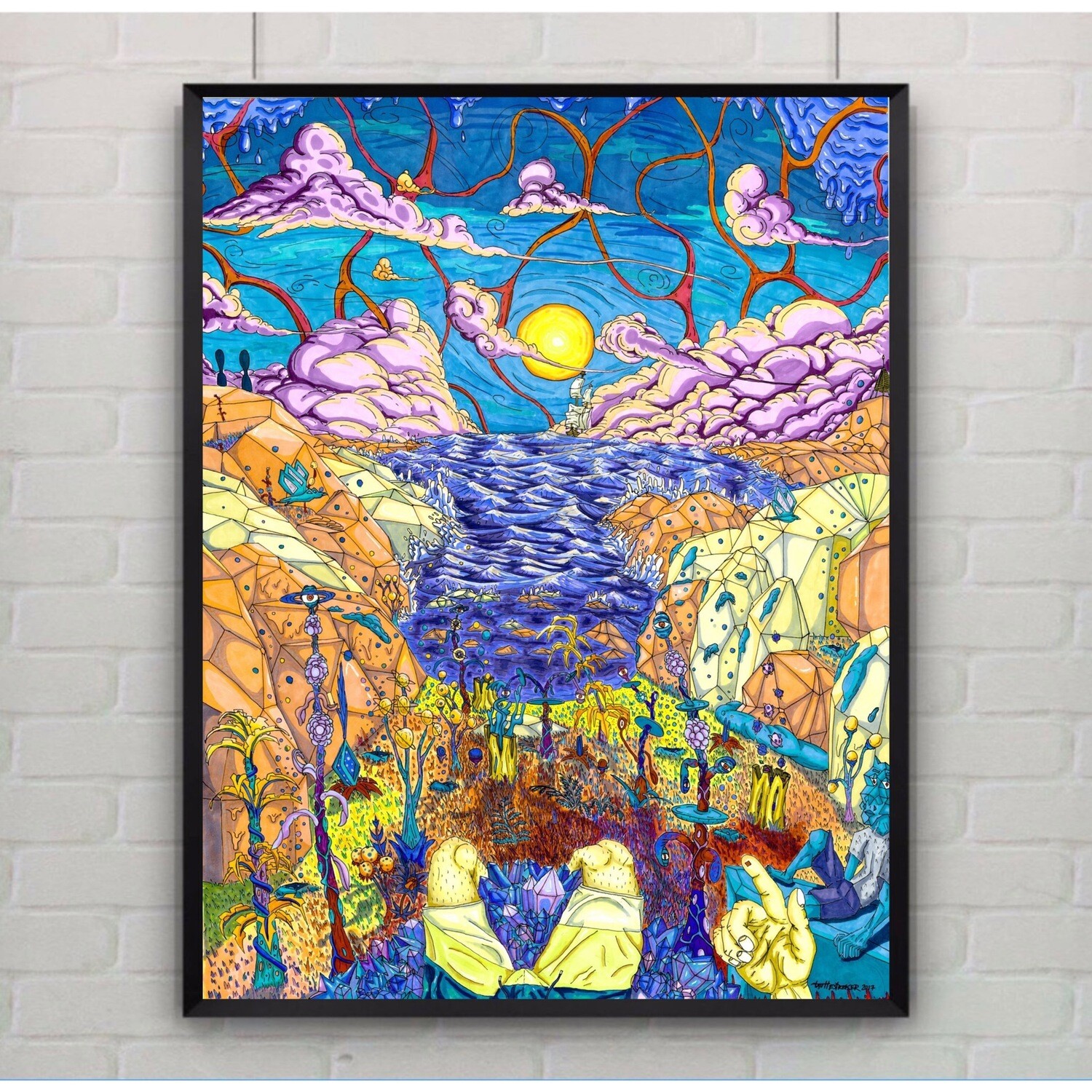 WARS ARE FOUGHT BY YOUNG MEN, READY TO DIE FOR GOD AND COUNTRY. AT A SAFE DISTANCE, OLDER MEN PLAY WITH THERE LIVES AND COMMAND THEM TO TAKE THE LIVES OF OTHER YOUNG MEN, IN DIFFERENT UNIFORMS.

The scene is set to the mighty Colosseum, where gladiators fought to the death for fame, glory and freedom, to the applause of thousands of spectators. As time went by, the roman empire fell, and its traditions with it. Today we feel that these grotesquely games that played out centuries ago, are a thing if the past. But have we as a species really changed that much since then?

In the foreground of the picture, there are human-like primates, representing us. We are all in plane sight of the devastating war, destroying a land far away. But we don’t seem to notice the killing of our brothers down in the trenches. We are all to busy with our own needs to acknowledge the horrific scenes in front of us. We seem to care a lot more for the potential partner just a few seats away, the smell of money and the self-promotion trough our smart-phones.

Down in the trenches, young men are aiming their weapons at other young men in different colored uniforms. The only thing that makes them kill each other is the orders of older men, sitting comfortable at a distance, deciding their faith, without any regard for their life.

Its not only the brave men that pay the price of war. The locals of the area are scared for life. Their homes and crops are destroyed, family members killed and the are women raped on a big scale.

On the other side of the arena, there are approximately fifteen hundred primates, all representing the evolution of ape to human. In the middle, sitting on a golden throne is the O`Holy Homo Sapiens, which we elevate over any other animal on earth. We see our self’s as better and more advanced then any other spices on earth, at the same time, no one are more destructive then us.