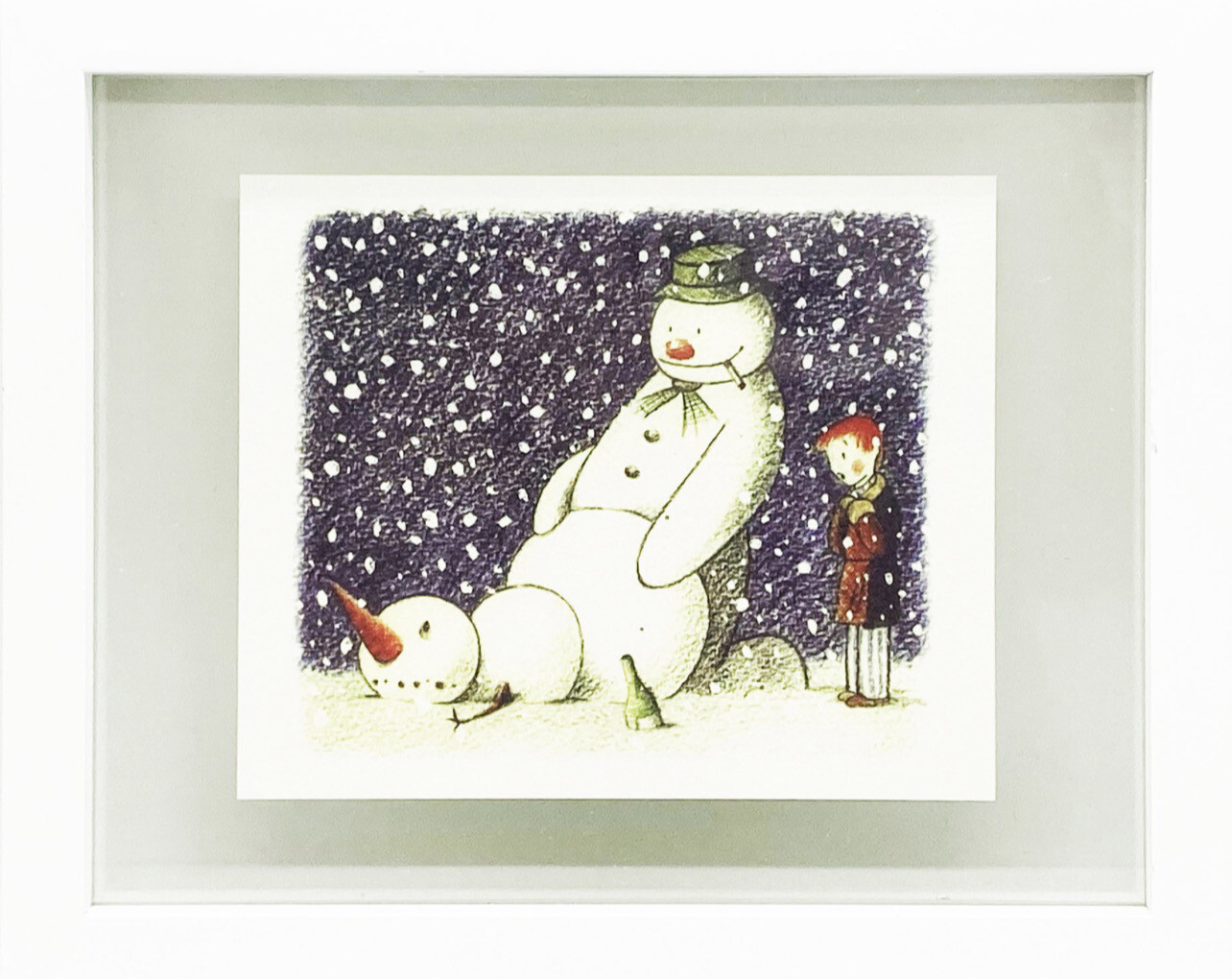 A rude Banksy Christmas card has sold at auction for nearly £4,000...

The artwork shows Raymond Briggs’s famous snowman bending over another while smoking a fag.  A booze bottle is also dumped on the ground, as red-headed boy James looks on in shock.

The card is one of only around 2,000 designed for the elusive Bristol graffiti artist’s 2005 “Santa’s Ghetto” pop-up gallery in London’s Soho.  It does not have a message inside but has Banksy’s logo on the back.

The owner of the work, titled 'Rude Snowman', was someone who visited the exhibition.  It went under the hammer online at Tate Ward auction house on Wednesday and smashed its estimated value of between £100 and £200 selling for a total of £3,750 including buyer’s premium.

London-based Tate Ward’s Danny Herbert said: “Banksy’s Rude Snowman Christmas card broke an auction record, selling for a hammer of £3,000 - surpassing its high estimate of £200 by 1,400 per cent.  It’s not the first time we’ve broken Banksy records this year.  Banksy’s market has exploded in 2020, thanks to a finite supply of prints, and Pest Control’s invincible certification process.”

The Santa’s Ghetto pop-up, held in Berwick Street, Soho, was attended by artists including David Shrigley, Jamie Hewlett and Bristol-born Robert Del Naja, known as 3D - who many have claimed is Banksy in the past