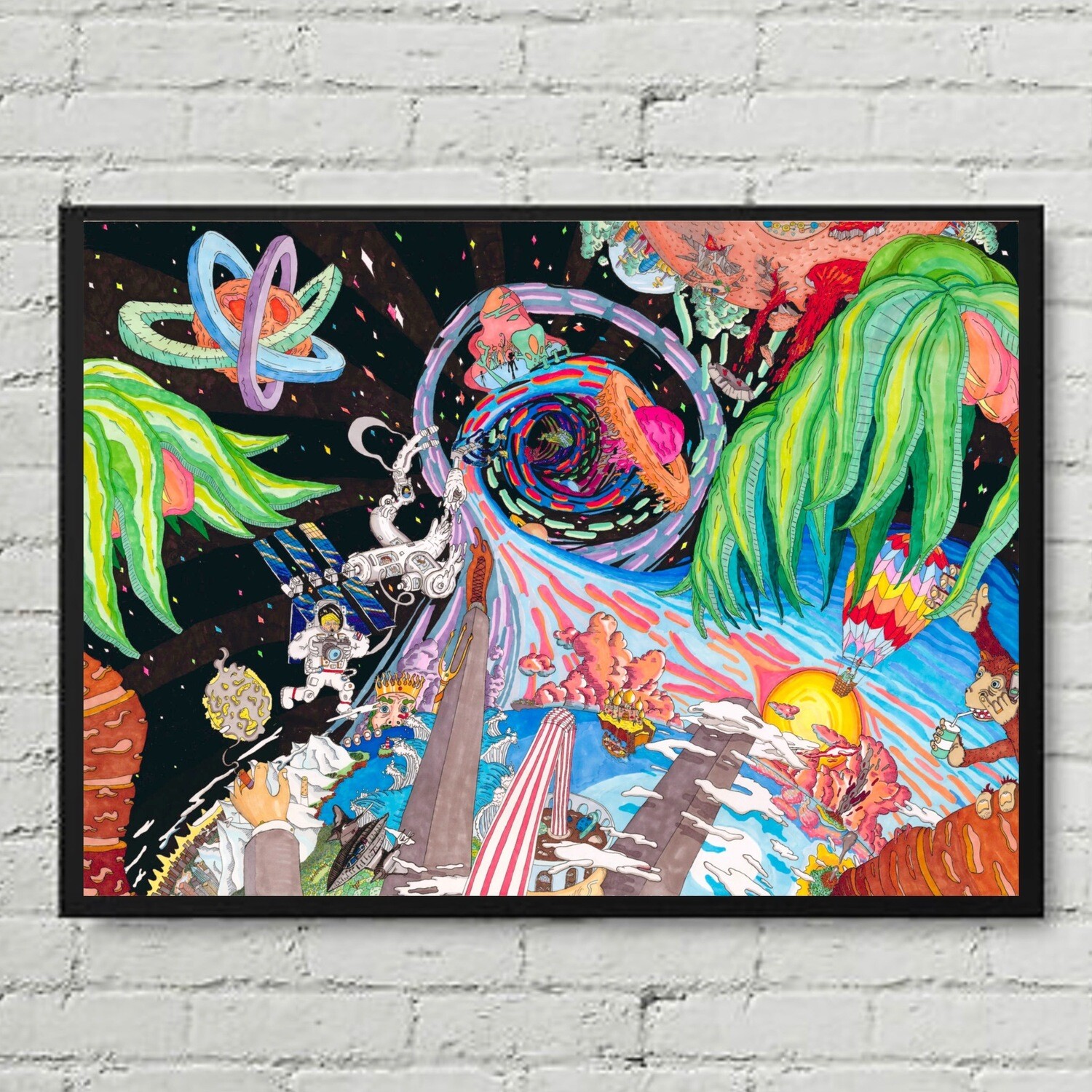 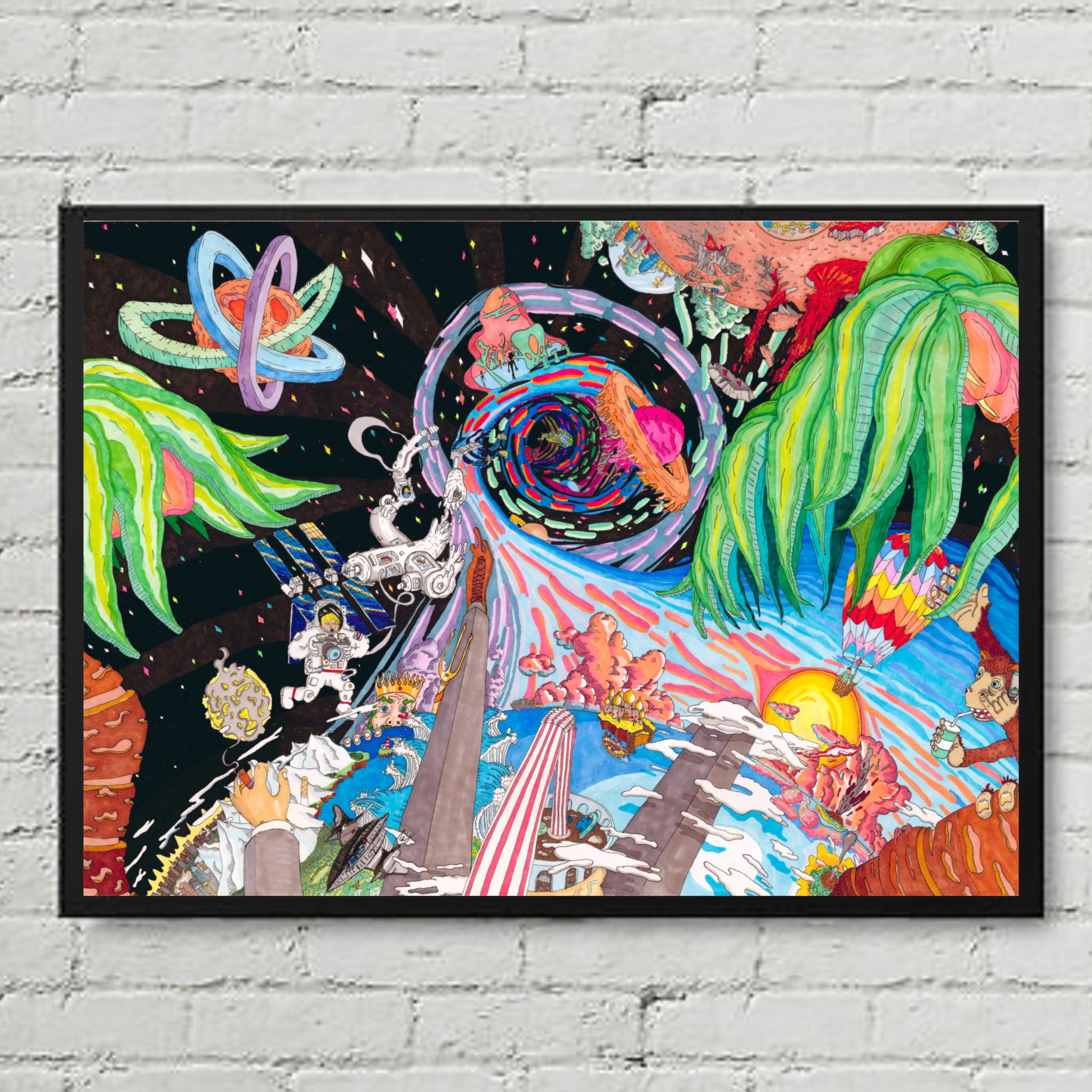 THE PICTURE ILLUSTRATES A MAD MAN CONSUMING THE WORLD. SUCKING UP ALL THE WORLDS RESOURCES WITH A BIG STRAW. AT THE SAME TIME, A BLACK HOLE IS ABOUT TO DEVOUR THE EARTH.

A monkey is hanging from a tree, while talking on the phone and drinking a smoothie. He is a metaphor, showing that humans are still animals, we have just got modern technology and enjoyments. At the same time, he has a wedding ring, showing the commitments the animal has to live by, in this comfortable modern world.

A hot air balloon glides towards the horizon. Inside there is a grandfather who has taken his grandchild high up in the sky. Here the child can get a wider and better view of how the world works. This represents a hope for the future. That we humans can learn form from our previous generations, and make a better earth. On the clear blue ocean, somali pirates are rushing thru the waves, towards a cargo ship in the horizon. They are on a mission, backed by rich businessmen, who will gain millions of dollars in ransom. The pirates them selfs will be left with the crumbles. A clear picture on how the rich still take advantage of the poor.

The red planet illustrates the fact that we no longer are satisfied by the resources on earth. Like the old imperialist empires once conquered the world, people now want to make colonies on Mars. This might lead to a big scale war between the superpowers, a fight to control the recourses that might be hidden under ground.

The black hole in the middle are showing that there are powers in the universe that we humans can not defeat. One day our planet earth will be devoured by a black hole. If our species still exist, there will be little we will be able to do about it.