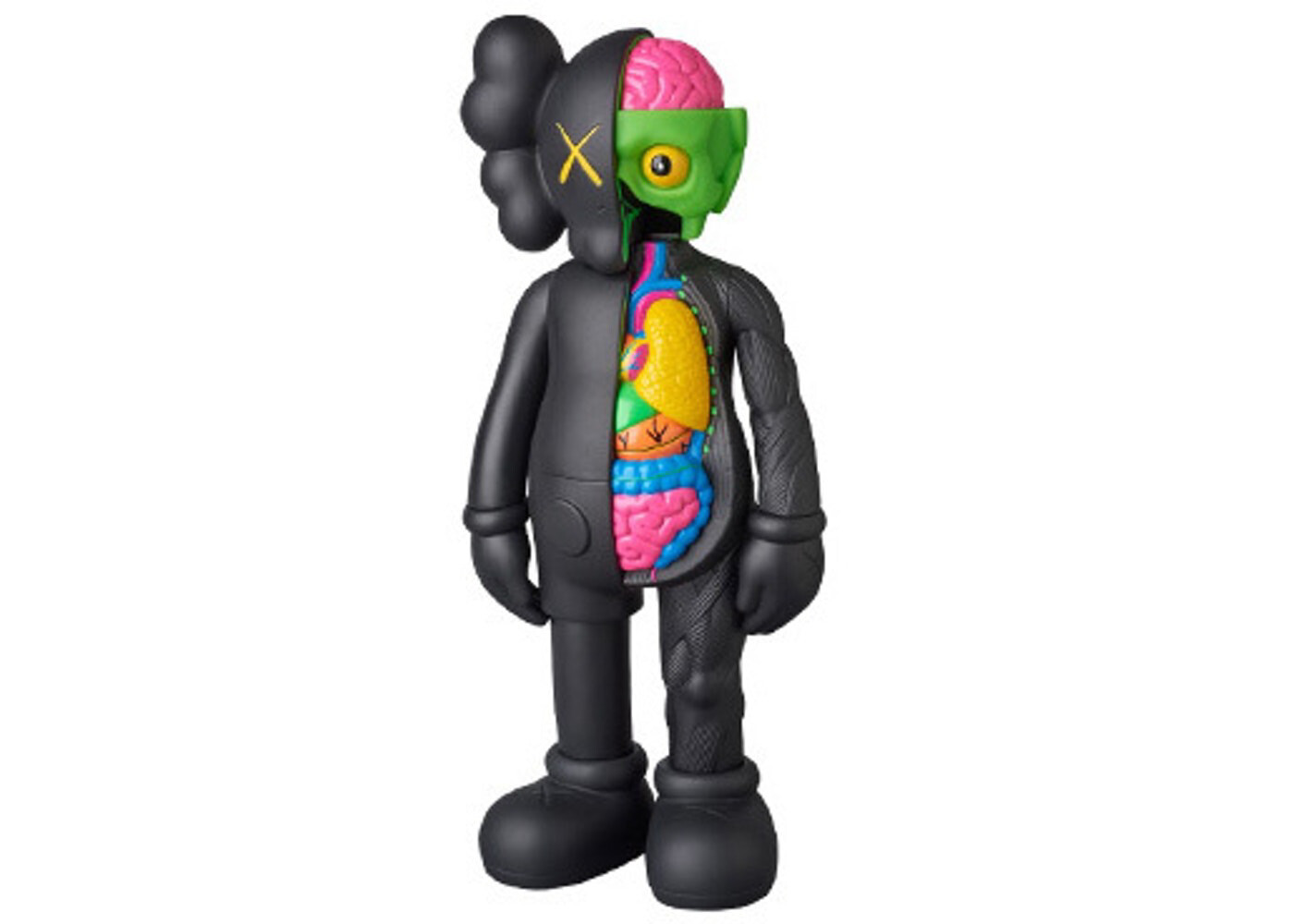 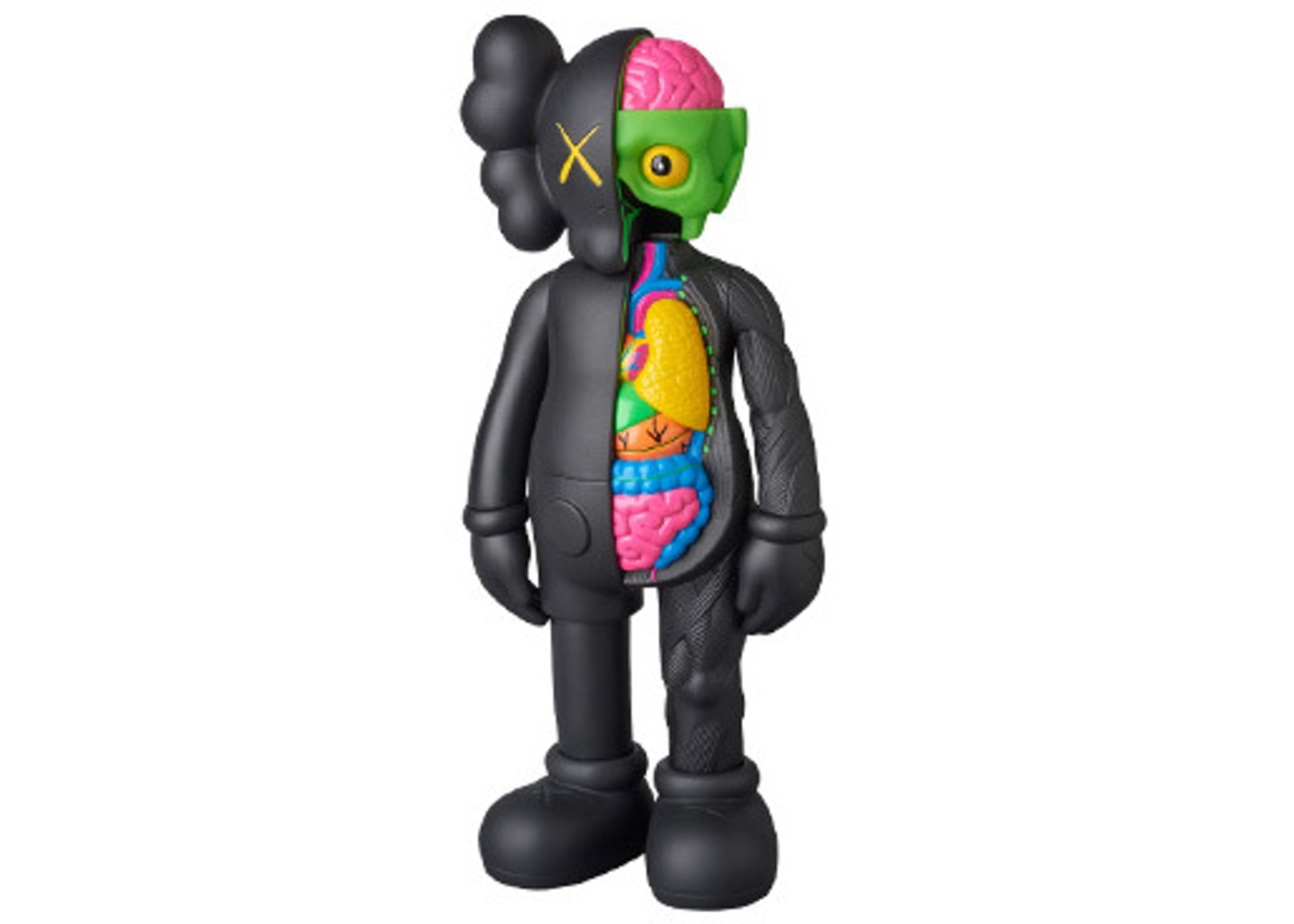 The most recognizable figure in all of KAWS' work, the companion has appeared in many different iterations and on several different mediums throughout the years. After recent increasing demand, KAWS released a full series of six different companions that included both full body and flayed versions of the classic character. The collection dropped in November, 2016 in conjunction with his "Where The End Starts" exhibit in Fort Worth, Texas. The figures were released through KAWSONE, MoMA, and the Modern Art Museum of Fort Worth and stand at 11 inches tall. Collectors scooped these companions up quickly, despite this being his most widely released figures in years. This KAWS Open Edition Flayed Companion in Black features an open-body design with neon interior colors and a solid black outside, and comes sealed in clear blister packaging.