From public walls to canvas, Masai’s patchwork animals are created with a genuine passion and respect for animals in the wild. As a painter, sculptor and muralist, Masai uses his work as a way to highlight the 6th Mass Extinction, Climate Change and Species Equality. Current works deal with endangered species, created into patchwork plush toys, highlighting the need for humans to pay more attention to what is happening in nature and acknowledge that without protection only toys, paintings and souvenirs will remain.

Supporting organisations working on the frontline of conservation is something that the artist has been doing more and more in the last few years. The success of the partnership with graffiti prints ensures that this is possible via special variants on each print release. So far we have supported the Babille Ethiopian Elephant trust with Born Free and Project Seahorse sanctuary in Indonesia with ZSL.

Masai’s vision is a world in which nature is not only respected, but thrives. Together with his supporters, he wants to see a planet that nurtures animal species of all kinds. His mission is to raise awareness of the decline of our species, celebrate and reconnect people with nature through art. He believes that together we can, and must, fight extinction. 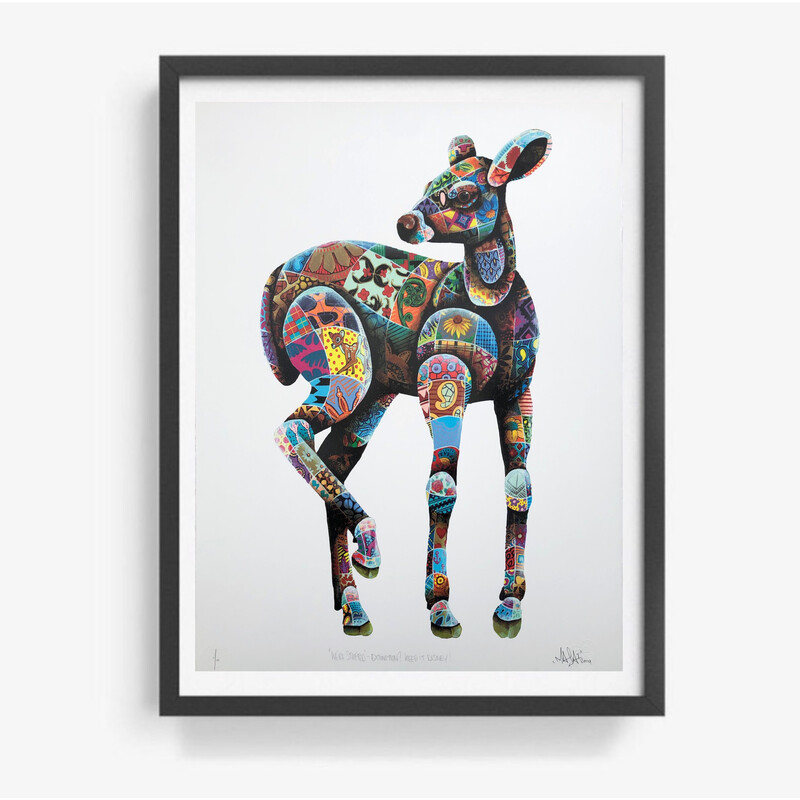