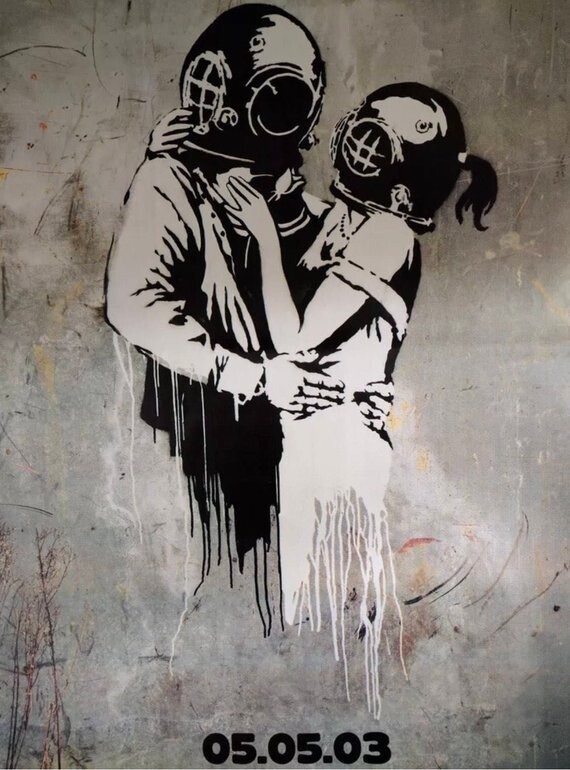 First Edition of this Blur LP

"I've done a few things to pay the bills, and I did the Blur album. It was a good record and [the commission was] quite a lot of money. I think that's a really important distinction to make. If it's something you actually believe in, doing something commercial doesn't turn it to shit just because it's commercial. Otherwise you've got to be a socialist rejecting capitalism altogether, because the idea that you can marry a quality product with a quality visual and be a part of that even though it's capitalistic is sometimes a contradiction you can't live with. But sometimes it's pretty symbiotic, like the Blur situation." Banksy